It is both the hardest year, and the most spiritually transformative year, of my adult life. 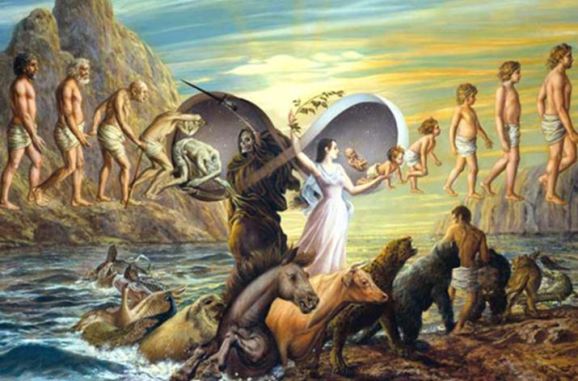 It is my birthday today and I’m noticing again that birthdays contain a natural bend toward philosophizing, toward looking back, toward summing up. As I look back, all I can say for sure is that this has been a weird year – it is both the hardest year, and the most spiritually transformative year, of my adult life.

One year ago my birthday was spent in the hospital watching Michael receive shots in his belly. These shots were meant to stimulate stem cell production so that when Michael’s stem cells were harvested and replaced, there would be a large number of them.

It’s gruesome. Michael can’t help making a face when the shots go in and I don’t blame him. It starts to become obvious over the course of several days that some of the nurses are really good at giving belly shots, and some are not. It’s painful to watch. At any rate, that’s how last year’s birthday was spent. It was the beginning of this journey of many hours in the hospital, many worries about the meaning of Michael’s illness, and not many answers.

This year is much different. One of my sons and his wife come from LA for a visit, filling the house with youthful energy and interests. Then, my brother and his wife kindly appear from Colorado. Finally, our friend Kathy is at our door with cupcakes that look like flowers, and it’s a party — the first party in our house in a long time and it feels great.

But now they all are gone and only their shadows remain to remind me of their good hearts and glad words. The house is suddenly quiet again, too quiet, and I feel the flatness of grief at their leaving. So today I am left with both a fullness and a sadness that feel pure. Neither is tainted with guilt or regret or unworthiness. It is the fullness that comes from knowing one is loved. It is the sadness for my husband, for the man who once was, for the life between us that once was. I am grateful for the simplicity of this feeling for often my feelings are confused and windblown like the leaves that are now beginning to fall.

The sadness is obvious. Our lives have changed immeasurably in ways both large and small. Michael looks worn and weary. He no longer stands straight, and when we hug, he is now shrunken to almost my own height. His arms are thin and bent. His skin is dry and paper-thin. He walks slowly, shuffling around the house like an old man, and when he goes for a walk, he takes a stick to steady himself.

This week also brought a further look into how things can be, how they turn on a dime, on the precarious rolling of the cosmic dice. Michael got a cold on our trip to see the total eclipse. It starts slowly when we return and then builds for a week until finally he is barely eating and so tired that even simple tasks like climbing the stairs are a strain, an effort almost beyond his current abilities.

I keep saying he looks bad and he keeps denying that things are worse.  A horrid huge bruise develops around his left eye. It is a dark angry red that morphs into dark purple and black, and it is very swollen. “I’m just tired,” he says, “I’ll be fine.” I look at him and feel is forehead. It is hot and I ask him if he has taken his temperature. He hasn’t and when I return a few minutes later he’s discovered that he has a fever. This forces an immediate and reluctant trip to the hospital for a fever is considered to be dangerous, even life-threatening.

On the way to the hospital I am angry with him for denying his symptoms, denying his feelings. It is an old dance between us and it’s still one that we indulge from time to time.

I remember the awful week in the hospital after his transplant. He was near death and waving me away from him, holding me away with hand gestures. “I’m fine,” he softly moaned, when he clearly wasn’t. Now in the car to the hospital unbidden tears fall down my face but I hide them from him. “This is who he is,” I tell myself. “He doesn’t want to be helpless or vulnerable. He wants to believe that his will is strong enough to overcome these problems.” But no one’s will is this strong.

At the hospital his fever has fallen to within “acceptably elevated limits” and he doesn’t have to be admitted. But there are ominous rattling sounds in his lower lungs and he is put on a strong antibiotic with weird side effects that interact with his chemotherapy. We are warned that in the next several months the antibiotic could cause his tendons to snap and break. Apparently this makes a loud noise, hurts a great deal, and requires surgery for repair. What a strange world of modern medicine in which we are plunged.

One of my friends tells me that her father is suddenly looking older and intuitively she knows that something is wrong. Another friend’s father has just been diagnosed with a type of leukemia, and another’s niece is in the last stage of cancer. My friends are now facing into exactly what I am facing – watching the inevitable waning of the physical form, the short or long journey into the dying and death of a loved one, anticipating the horrendous sense of loss that follows.

So what is this simple sorrow and this unexpected fullness that I’m feeling today? It feels like one of life’s deep truths — the truth of the decline and death that is coming for us all. Some of us may be luckier. We may have a sudden death, an accident, a heart attack, a short sweet illness with an easy end. But many of us will die exactly like this with a wearing away of vitality and energy until finally there isn’t much of anything left other than the animal body still clinging to its waning life.

But this is the way it is, isn’t it? This is what is happening all the time. People are born and people die. Life is both fragile and ferocious. It dies and insistently springs forth again and again. It can feel cruel and wrong. But it isn’t. It’s what we came here for. We’re here to watch those we love pass from this earth. We’re here to learn about living in a body that we know is going to die.

It would be easy to become either nihilistic or simplistically religious in the face of this. But I don’t believe that it’s all for nothing, and just as fiercely, I don’t believe in the Big Guy in the sky who will save me in the end.

Instead, I see life as a constantly evolving emergence from the depths of Mystery. We are lovingly created to experience it in all of its miraculous and myriad forms. We are here to learn that each form is sacred. And finally, we are here to rejoin the Mystery in the full awareness of our true formless Being.

This is Michael’s journey now – maybe sooner, maybe later – and it is the journey for all of us. He is feeling better today but I watch him nodding into sleep on the couch knowing that one day he won’t wake up. I wonder if I will be there to watch him die, and then I wonder who will be watching me in the end or whether I will die alone. I feel the terrible and tangled beauty of this life. I feel the ineffable sorrow and the loving fullness. And on this, the anniversary of my birth, all of it brings sweet tears to my eyes once again.

One thought on “Intimations of Immortality”